Our Institute initially specialized in applying physical methods to biological research and, in the field of teaching, assumed responsibility for the classical disciplines of Biophysics, Physiology and Parasitology. Throughout its history, however, it has become a multidisciplinary institution, bringing together highly qualified groups at all levels of analysis of biological phenomena.

This diversity is the great asset of the IBCCF. Flexible organization, in the form of academic programs, facilitates the institution's dynamics in the face of the rapid transformations of modern science. As a reflection of the institution's open proposal, the IBCCF currently works, in addition to cutting-edge research, in pioneering initiatives to modernize undergraduate and university extension education, in collaboration with other UFRJ Units and Centers.

The IBCCF annually receives more than 5000 undergraduate students, has 03 graduate programs, among the best in the country in the area of ​​biological and health sciences, they are: Biological Sciences (Biophysics), Biological Sciences (Physiology) – which grade levels 7 of CAPES – and Professional Master's Degree in Training for Biomedical Research. In 2006, the new Bachelor of Biological Sciences – Biophysical Modality came into operation, a new undergraduate course aimed at expanding the offer of vacancies at UFRJ in the context of professional training programs for incipient sectors that demand high scientific qualification in intersection of biomedical and exact sciences. As of December 2017, more than 2225 Master's Theses and Doctoral Theses have been defended by graduate students at the IBCCF. Many of these former students are today among the main leaders in Biomedical Sciences and occupying high positions in universities and research institutions in the country and abroad.

At the interface with society, the IBCCF has an active Coordination of Extension Activities (CATE), in addition to coordinating UFRJ's participation in the Consortium Center for Higher Distance Education of the State of Rio de Janeiro (CEDERJ).

The scientific production of the IBCCF is of high level and growing. Recognition of the institution's high scientific standard is demonstrated through the number of researchers participating in competitive national research funding programs such as PRONEX, Scientists from Our State, Young Scientists from Our State, as well as international programs such as Howard Hughes Medical Institute and the John Simon Guggenheim Foundation. The IBCCF is today the headquarters of the National Institute for Translational Research for the Amazon, in addition to having dozens of researchers participating from other National Institutes of Science and Technology in the two editions of this program created by the MCT in 2008. The IBCCF has led several pioneering initiatives in the State of Rio de Janeiro, such as the Rio Proteomics Network project, as well as participation in the State's genomic sequencing networks, RIOGENE, and in the national project, BRGENE. Numerous IBCCF professors are among the full members of the Brazilian Academy of Sciences, National Academy of Medicine and many have been awarded the decorations of the National Order of Scientific Merit, imposed by the Hon. Mr. President of the Republic, in the area of ​​Biological Sciences. 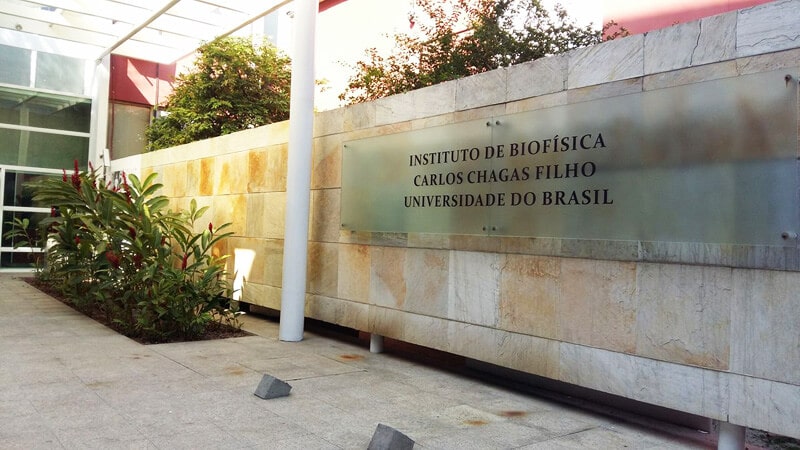